JUSTIN TRUDEAU’S GOVERNMENT is to be commended for at least acknowledging the perilous state of Canada’s Indigenous languages.

But that will be surprising because Bill C-91 is not really a language rights law at all.

Its Preamble may be full of fine words but its operative provisions carefully avoid implementing the kinds of language rights, obligations and enforcement mechanisms found in the Official Languages Act or the Canadian Charter of Rights and Freedoms.

The Government may now accept that section 35 of the Constitution Act, 1982 “include[s] rights related to Indigenous languages”. But what rights?

Any law that is serious about revitalizing Canada’s Indigenous languages must enact the right of Indigenous parents to educate their children in their ancestral languages in publicly-funded immersion schools.

Bill C-91’s failure to enact this right flies in the face of the Government’s stated commitment to implement the United Nations Declaration on the Rights of Indigenous Peoples. Bill C-91 should have simply enacted Article 14 of the Declaration, thereby recognizing both the right of Indigenous children to be educated in their own languages and the State’s obligation to implement that right.

But Bill C-91 also ignores our own Supreme Court’s pronouncements on the scope and purpose of section 35 of the Constitution Act, 1982 and on the obligations that language rights impose on the State.

In 1996, the Court defined aboriginal rights as “the practices, traditions and customs central to the Aboriginal societies that existed in North America prior to contact with the Europeans”. This definition clearly includes the languages spoken by those societies. In 1999, the Court held that language rights are “meaningless in the absence of a duty of the State to take positive steps to implement language guarantees”. In 2003, the Court held that  “the purpose and promise of s. 35 is to protect practices that were historically important features of these distinctive communities”.

There can be no more important and distinctive feature of any community than its language.

Section 35 thus recognizes and affirms the right of Canada’s Indigenous peoples to perpetuate their languages in the only way they can be and were perpetuated prior to contact with the Europeans: by teaching them to children. This language right then creates and imposes on Canada the obligation to fund schools offering immersion in those ancestral languages. Only immersion schools are capable of producing fluent speakers and only fluent speakers are capable of passing the languages on to future generations.

And yet, under Bill C-91, the Government’s only positive duty is to consult Indigenous organizations “in order to meet the objective of providing adequate, sustainable and long-term funding” for Indigenous languages.

That may be the stated objective but with no specific Indigenous language rights and no corresponding positive obligations on the Government to implement those rights, Bill C-91 amounts to nothing more than an aspirational policy statement.

It leaves in tact the Government’s bureaucratic control over funding of all Indigenous language initiatives, including the trap of block funding which forces communities to compete with each other for available dollars. On the key issue of immersion schools, the Bill is silent, speaking only about “immersion programs”, not schools.

Yes, the new Commissioner of Indigenous Languages may entertain complaints about the funding provided by the Government of Canada for Indigenous languages. But the Commissioner may only mediate complaints or make recommendations. Unlike the Official Languages Act, Bill C-91 provides no further access to the Courts for the adjudication of language rights. And indeed, why would it? Bill C-91 does not create any language rights anyway.

Of course, the teaching of Indigenous languages poses significant pedagogical challenges when speakers are dwindling in number, certified teachers are not necessarily speakers and culturally appropriate materials must be developed, sometimes from scratch. Bill C-91 does not meet this challenge by creating national or regional Indigenous Language Institutes controlled by the language groups or communities they would serve, as repeatedly recommended. Instead, Bill C-91 makes the bizarre suggestion that communities seek help from the Commissioner of Indigenous Languages, a Government appointee. But since the Commissioner’s primary duty is to investigate complaints and make recommendations to the Government, this arrangement appears to put the Commissioner in a clear conflict of interest.

At the time of writing, Bill C-91 is headed for third reading in Parliament and is still being studied by the Senate Committee on Aboriginal Peoples. There is still time to amend and improve it.

All Indigenous organizations should call for amendments that liberate Canada’s Indigenous languages from the bureaucratic grip of Government by implementing the section 35 right of Indigenous parents to educate their children in publicly-funded immersion schools. Lorena (LL.B., LL.M.) is a Cree-Anishinabe lawyer from the Sagkeeng First Nation in Manitoba. She is also an associate professor in the Department of Indigenous Studies at the University of Winnipeg. She is also a doctoral candidate at the University of Manitoba. Her research is on Aboriginal language rights in Canada. Lorena spoken nationally and internationally and has authored articles in on residential school issues and Aboriginal language rights in Canada. Her most recent publication “Our Languages are Sacred: Indigenous Language Rights in Canada” is contained in a collection of essays that reflects the recommendations of Indigenous legal scholars and policy leaders on how Canada can braid together a new legal framework through the implementation of UN Declaration on the Right of Indigenous Peoples. Her PhD research was presented in a CBC documentary entitled “Undoing Linguicide” which was awarded the 2017 RTDNA Adrienne Clarkson Award for Diversity, Radio and Network. She has also worked with the Assembly of First Nations as an advisor on Aboriginal languages for a number of years. Currently, Lorena is an Equality Rights Panel Member of the Court Challenges Program. 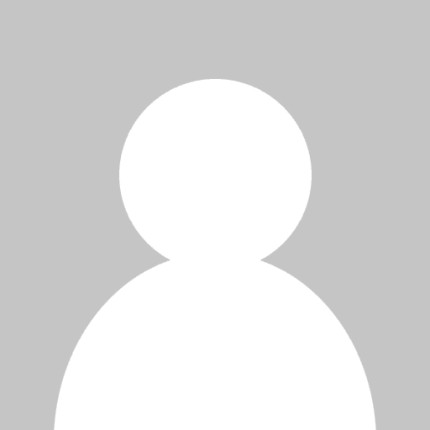 David (LL.B., LL.M.) went to law school at the University of Toronto and was called to the Bar in 1978. In the year 2000, he completed an LL.M.in constitutional law at Osgoode Hall Law School. His area of interest was linguistic rights, particularly section 23 of the Charter which guarantees francophones outside Quebec the right to educate their children in French in publicly funded schools. He soon started thinking about whether Canada’s aboriginal peoples had similar protection under section 35 of the Constitution Act of 1982. Building on an earlier article by Fernand de Varennes, David published an article in 2006 arguing that indeed section 35 can and should be interpreted to include the right of aboriginal parents to have their children educated in their own languages. Since then, he has continued to speak out on the legal foundation for this right. Andrea (BA, BEd, MEd.) is Maliseet from Nekotkok (Tobique First Nation), New Brunswick. She served as Chair in Native Studies at St. Thomas University, in Fredericton, NB, for twenty years. Now retired, she was named Professor Emeritus in 2015. Andrea has collaborated with Dorothy Lazore, the founder of the Kahnawake Immersion Program, to establish a 13 course University-based Native Language Immersion Teacher Training Program in 2002, which she continues to administer. She also publishes on Indigenous education, oral traditions, linguistic rights and revitalization. Andrea’s extensive experience and background on Indigenous language and educations issues include collaborating and editing ten books of oral traditions for publication in Maliseet; organizing an international conference on immersion education in First Nations co-sponsored by St. Thomas University and the Assembly of First Nations in 2005; a Social Sciences and Humanities Research grant in 2010 to study the effectiveness of adult immersion in the revitalization of Maliseet; and developing sixteen university courses in the Maliseet language for use in an adult immersion programme.