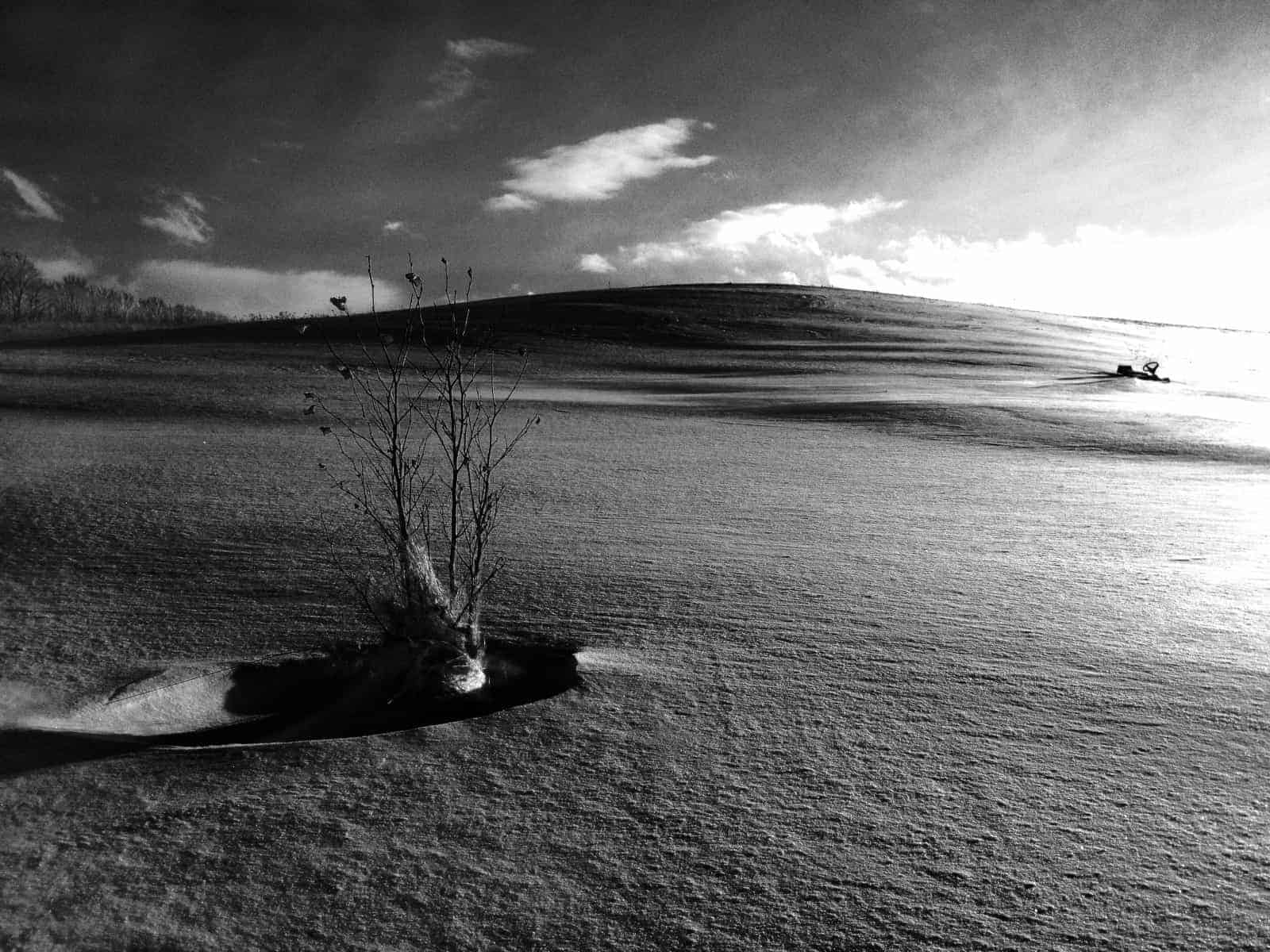 But does the self-government agreement really deliver on the promised return to nationhood?

The Extent of Anishinabek Authority

The Agreement would recognize community law-making authority in four areas that currently fall under the Indian Act: elections or leadership selection; citizenship or membership; language and culture; and additional intergovernmental funding for governance management and operation. If these laws are violated then both the ANG or a FNG can enforce them by imprisonment (to a maximum of six months), issuing and collecting fines (to a maximum of $10,000) or “Anishinaabe sanctions that are consistent with Anishinaabe customs, culture, traditions and values, provided that such sanctions are proportionate to the seriousness of the offence and are not imposed on an offender without his or her consent.” Accordingly, the ANG or a FNG can enforce its laws and prosecute its violation.

The ANG would also have a number of independent functions. It would serve as a repository for both its own laws as well as those of its constituent First Nation Governments; enact leadership selection and membership laws; enact laws for culture and language preservation and promotion; enact laws related to the ANG’s management and operation including financial administration, roles of its officers, elected officials, and appointees, creation and operation of its institutions; manage access to information and privacy protection; and provide oversight of FNG or the ANG.

This authority would also be brought into harmony with Canadian law, as well as the Anishinabek Nation Education Agreement Act (ANEA) and the First Nations Land Management Act (FNLMA). The ANGA allows for First Nation control of membership but it ensures that First Nations cannot issue Canadian citizenship nor Indian Status under the Indian Act. Chapter 3 of this Agreement provides clauses to ensure that the existing Aboriginal or Treaty Rights and fiduciary relationship between the Crown and First Nations will not be affected. The Canadian Charter of Rights and Freedoms also applies to both the First Nation Governments and the Anishinabek Nation Government. In this sense, it is very similar to the existing “Inherent Right” self-government policy.

Indeed, despite the ongoing concerns with that policy, more similarities exist. For instance, federal and provincial laws would continue to apply to each First Nation, its government, its institutions, its reserves, and all persons on its reserves. For greater certainty, 11.7 states “a federal law in relation to peace, order and good government, criminal law, the protection of the health and safety of all Canadians, the protection of human rights or other matters of overriding national importance, prevails to the extent of a Conflict with a law of a First Nation or the Anishinabek Nation under this Agreement.”

Remarkably, while Bill C-92, the Child Welfare legislation (currently before the House of Commons) moves away from this restrictive aspect of self-government, it remains in place in the ANGA.

While those in Anishinabek territory have heard about the ANGA for some time, there is limited information made available to communities to date. Like much of the literature for Anishinabek Nation initiatives, when a specific policy is promoted, there tends to be a lack of critical review. The same seems to be true here. In the drafting of this brief, a number of policy staff in communities were engaged who have yet to see the ANGA, despite requests. Indeed, it is not yet public. A plain-language version on their current website provides few details.

Perhaps not surprisingly, as the Anishinabek Nation begins a campaign to promote the ANGA, a number of concerns have been raised.

In consultations to date, community representatives have asked how the self-governed communities would be funded. Canadian representatives have promised that self-government funding will not be reduced from existing contributions and offered assurances that own-source revenues generated by member First Nations will not be clawed back. Other concerns include whether the new funding formulas will be indexed to inflation. The Anishinabek Nation Fiscal Agreement is also under negotiation and will provide governance funding for the Anishinabek Nation Government and First Nation Governments after they ratify the FNGA. (Yellowhead does not yet have access to the draft Fiscal Agreement).

It is a major concern that communities are ratifying this agreement without knowing its fiscal terms.

Regardless, the Anishinabek Nation is proceeding with ratification. To do so band council resolutions (BCR) supporting the ANGA have been obtained in fifteen of forty communities as of April 2019. The next stage will be a ratification yes vote by a minimum of 25% plus one of eligible voting band members in each First Nation. The campaign is underway. The Anishinabek Nation has created a self-government logo, a website at governancevote.ca and is providing community consultations in support of the ANGA including off-reserve in North Bay, Parry Sound, Sudbury and Sault Ste. Marie in late June. Between August and November, 2019, ratification votes will take place in each community to determine if they will join the proposed Anishinabek Nation Government. Chapter 10 of the ANGA then commits each First Nation to quickly enact a leadership selection law, a citizenship law, and a fiscal administration law (interestingly, Canada has been promoting these types of laws for First Nations generally through capacity building policies). Finally, the ANGA offers direction on its implementation, amendments, and dispute resolution processes.

Beyond the Indian Act, but Barely

In September 2018, the Anishinabek News quoted the Anishinabek Nation ANGA chief negotiator who claimed that the agreement is an opportunity to move beyond the Indian Act and its accompanying economic, education, health and social challenges: “If we continue to govern ourselves the same way under the Indian Act, we will just the get the same unacceptable results…poor health, housing shortages, and high unemployment, lack of proper water and sewage treatment systems, and low rates of education. We now have a chance to start turning things around by looking at better ways of governing ourselves…”

The ANGA does not focus any of these socioeconomic issues directly but rather would provide First Nations with governance and legal tools that are actually available to a significant extent via programs offered by Indigenous Services Canada and Crown Indigenous Relations.

Those programs are also designed to breakdown the Indian Act section by section. For example, First Nations that ratify the ANGA would replace sections 8 to 14 and sections 74 to 80. The difference, it seems, is that the Anishinabek Nation is accepting these programs in bulk, as an aggregate organization.

In that sense, it is important to note that as a chiefs organization, the Anishinabek Nation is promoting changes that will empower existing chiefs and councils. The band council as it currently exists will change very little under the ANGA. While Anishinabek Nation Grand Council Chief Glen Hare told CTV News last month, “Basically, we want to rule our own”,  there is little tangible move away from federal oversight.

For instance, the current Indian Act requirement of band elections every two years is one example provided by the Anishinabek Nation of a potential improvement under the ANGA. The ANGA allows for changes to elections and leadership laws including qualifications for serving as chief or councillor and term lengths between elections. But so does federal policy flowing from the First Nations Election Act (2014). There is no discernable difference between the two processes except the ANGA version is called self-government.

Another concern is the degree of uncertainty still in play. Chapter 13 of the ANGA provides a long list of issues not yet addressed and instead reserved for, “Future Negotiations…[including]: social services, administration of justice, health, lands and natural resource management, labour and training, marriage, divorce, economic development including the licensing, regulation and operation of businesses, public words and infrastructure, housing, Indian monies, wills and estates, emergency preparedness, taxation, local traffic and transportation, environmental protection, conservation and assessment, policing, any other matters agreed to by the Parties.” It seems Anishinabek citizens will have to vote, and then wait to see how these new governance and legal tools will be applied or negotiated.

In other words, there is still much to address and discuss with the ANGA.

From an early review, it appears that the Agreement offers Anishinabek communities self-government policies that are already available to First Nations, and in some cases considered outdated or even already rejected. It is the hope that significant opportunities for conversation are afforded during the ANGA consultation process, and most importantly, that communities know what they are voting on and who it benefits. @BrockStarPHD Brock Pitawanakwat (Anishinaabe, Whitefish River First Nation) is an Associate Professor in Indigenous Studies at York University. Brock’s current research interests intersect with language revitalization and Indigenous concepts of health and wellness. In 2013 he completed a three-year interchange as a Senior Researcher with the Truth and Reconciliation Commission of Canada. He has also held faculty positions at the University of Winnipeg (Manitoba) and First Nations University of Canada (Saskatchewan). In 2009, Brock completed his PhD at the University of Victoria with a dissertation on Anishinaabe language revitalization. Brock is also a Research Fellow with the Yellowhead Institute.