Statement from the Braided Warriors on Police And State Violence re: Trans Mountain Pipeline

Police violence against Indigenous land defenders has been essential to the construction of the Trans Mountain Pipeline expansion project from the beginning.

Since Indigenous title holders and our supporters refused to consent to the pipeline – due to its deathly extraction and passage through our lands and waters – we have been targeted as economic and political threats to a massive petrochemical industry.

But our Indigenous laws are not “crimes” against settler law. Our Indigenous laws of consent require us to protect the salmon, rivers, berry patches, and wildlife dens that have sustained life on our territories for thousands of years.

Since our laws require us to exercise our Indigenous authority against the state, we have been criminally prosecuted and locked up in cells. However, no amount of state terror can convince us that we do not have the right to protect our homelands.

We will blockade the physical infrastructure of the Trans Mountain Pipeline expansion project and we will choke off its financial lifelines through hard pressure on banks, insurance companies, and investors.

This is what we were doing when we were violently arrested and evicted from the lobby of AIG in xʷməθkʷəy̓əm (Musqueam), sḵwx̱wú7mesh (Squamish), and səl̓ilw̓ətaʔɬ (Tslei-Waututh) territories (Vancouver, BC) on February 19, 2021.

We were brutalized by police for holding ceremony, abiding by Indigenous law, and sending our message of protest in the corporate lobby of a company that is insuring the TMX pipeline. We harmed no one and nothing; we simply occupied a space to make clear that all investment in the pipeline is complicit in a violation of our fundamental rights.

Our rights may not be recognized by Canada, but we are protected by international human rights law. The United Nations Committee for the Elimination of Racial Discrimination sent a decision letter to Canada in December 2019 calling on them to respect our rights to free, prior and informed consent. Yet, Canada has failed to live up to its international obligations, so we must hold it accountable. 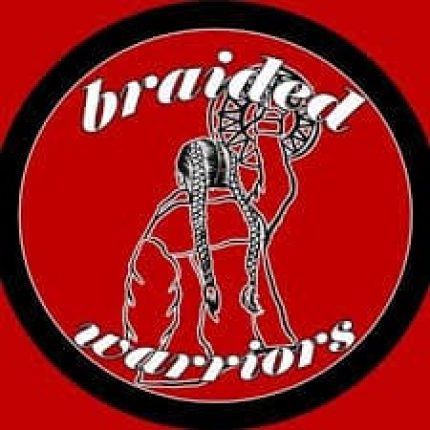 @braidedwarriors Indigenous youth in səl̓ilw̓ətaʔɬ, sḵwx̱wú7mesh, and xʷməθkʷəy̓əm territories defending the land and the people from capitalist colonial violence